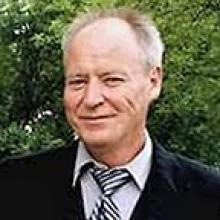 
Sadly on Friday, August 5, 2022, Grant passed away at the St. Boniface Hospital.
He is survived by his girlfriend Angie, his children, Cory (Kara), Tamara (Julien) and Brandon; his grandchildren Daniel, Alexis, Jocelyn, Paige, Aubree, and numerous cousins.
Grant was predeceased by his parents, and Jack and Lillan, his siblings, Allan, Ron and Doug.
Grant grew up in East Kildonan at the family home on Sharon Bay, he was the youngest of the Christie boys. He worked for the River East School Division as a custodian in various schools and later a teacher aide to the power mechanics course at Kildonan East Collegiate. In his later years he bought, fixed up and sold used vehicles.
Grant enjoyed spending his younger years at the family cabin in Otter Falls, then later in Lac Du Bonnet. One of his joys in life were his grandchildren, being there for all their birthdays, holiday celebrations and random visits. He was also well know around his neighbourhood for always lending a helping hand, whether it was fixing a neighbours car, snowblower, lawn mower or just to say hello and see how they were doing.
Grant will be deeply missed by his friends and family. As per his wishes, cremation has taken place and a private family gathering will be held at a later date.
We would like to thank the staff at St. Boniface Hospital for the care and compassion they provided in his final days.