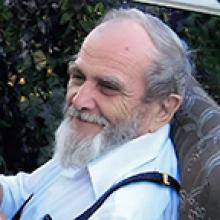 The extraordinary life of John (Johnny) Bestelechman has come to a peaceful end with his passing on August 10, 2022.
John was born in Fork River, Manitoba on Dec 24, 1929. Boisterous, loud, and always full of life, John was the ultimate "Jack of all Trades" guy. There was nothing he could not build, jerry-rig, or repair. His green thumb is legendary.
John was predeceased by his wife, Ann (married 51 years); son Stephen; parents William and Anna; brother Walter; as well as sisters, Olga, Leona, Jean, and Julie. John is survived by his sons, Ted, Ricky, and David (Brenda-Lee); daughter Debbie (Grant); grandchildren, Thomas (Amanda), Kevin, Troy, Stephen, and Lavina; great-grandson Brayden; sister Vonda (Ron); as well as numerous nieces, nephews, and friends.
In memory of John, try a new vegetable.
Cremation and a private family service will be held at a future date.